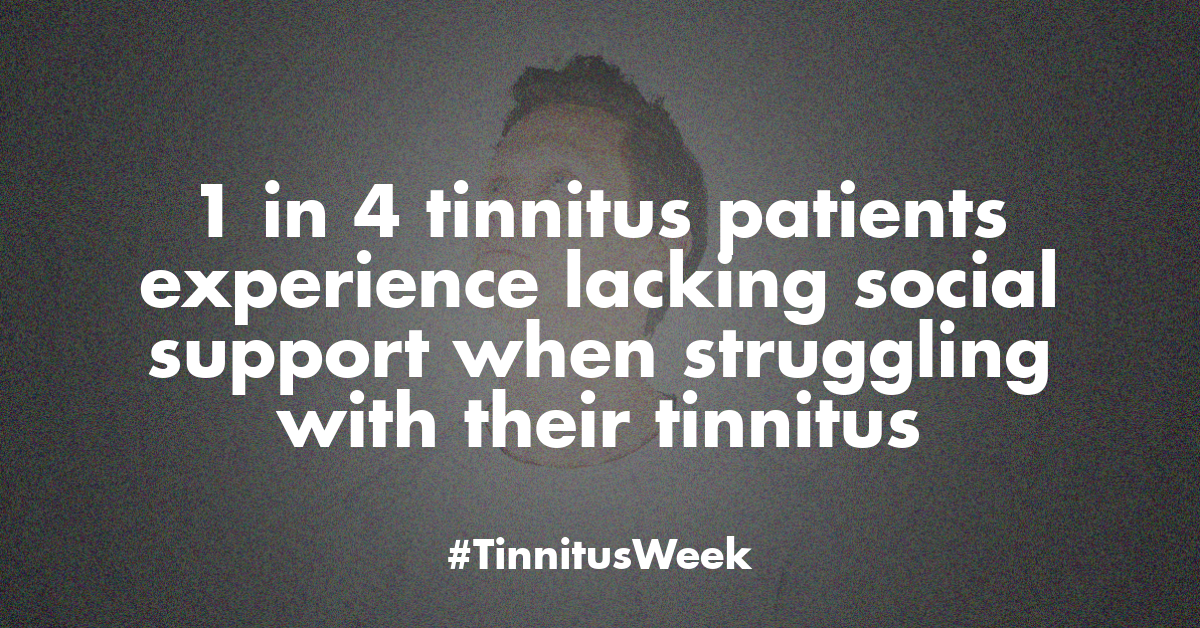 As a Tinnitus Patient, Do You Feel Understood and Supported?

Yesterday we talked about the importance of educating people about tinnitus, so that they can better understand tinnitus experiences and provide adequate help and support. Today, we will delve deeper into how and to what degree people with tinnitus receive social support. And we will extend these findings to implications for support from the broader community (i.e. healthcare, political, research).

Our research shows that nearly a quarter of people with tinnitus report a lack of support from their significant others when dealing with tinnitus- related mood swings: 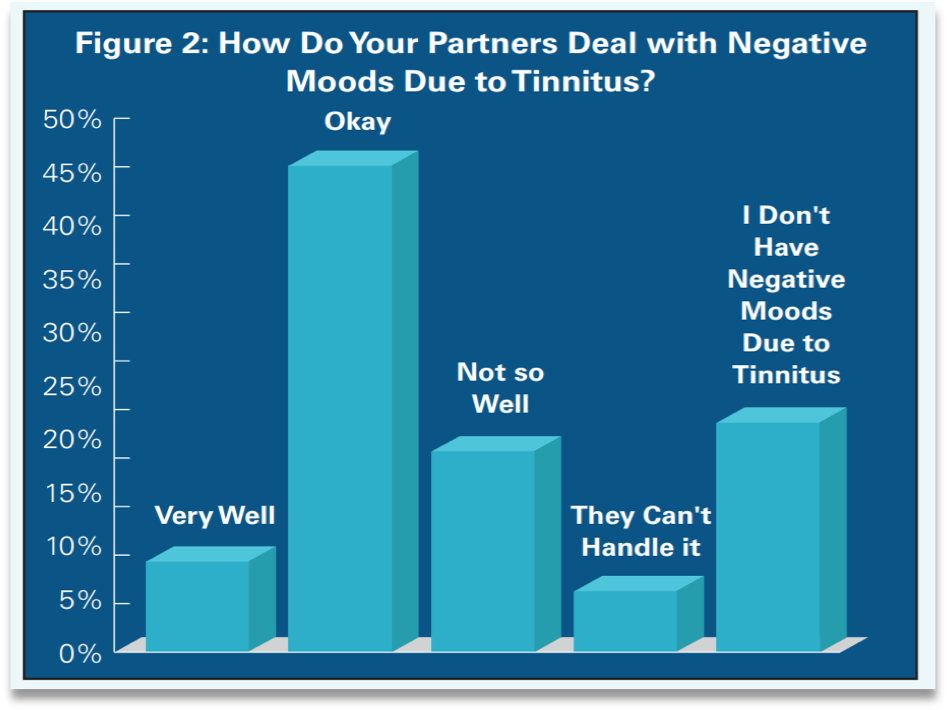 Thankfully, most people who struggle with their tinnitus do feel they receive support. But it’s still sad to see how many don’t feel adequately supported. Some of the open-ended responses from the same survey make this even more poignantly clear:

“My significant other does not believe my tinnitus is real, he has no compassion.”

“The breakdown of my marriage was largely due to the onset of my tinnitus and the struggle I had to come to terms with it.”

Two interesting statistical outcomes of this survey illustrate how detrimental such lack of support can be:

Of course, we can only speculate about cause and effect here, but it’s clear that people who feel less supported are more bothered by their tinnitus.

We recently had a chance to interview the mother of a woman who ended her life through euthanasia because she couldn’t cope with her tinnitus (more on this here). This is of course an extreme case, and thankfully most of us never reach that point. But something that our – yet to be published – interview made abundantly clear is the degree to which the woman in question felt she had to continuously defend herself because many of those around her simply could not fathom how she could be so affected by “just a bit of noise.”

The flip side is that there are many who want to support their friend, relative or loved one with tinnitus, but don’t know how:

“If my spouse mentioned more often when it’s affecting him, I could be more helpful and understanding. He usually gets cranky before I realize why.”

“I feel helpless at times and hope that the day will come for him to experience a life without tinnitus.”

This is why we feel it’s important to raise awareness and convey the stories of those impacted by tinnitus. We’ve said it before, but to reiterate: It does not just matter at the personal level. Ultimately we don’t just want support from our significant others, but also from the healthcare, political and research communities in the quest to seek better tinnitus care and more funding for cure focused research.

This point was brought home all the more clearly in our recent podcast with Dr. Rauschecker, one of the most prominent tinnitus researchers. He suffers from tinnitus himself, and this experience has driven him forward in his research. He was very outspoken about the need for patient organisations to “make more noise” about the impact of tinnitus and advocate for increased research funding.

Ideas on how to come together in patient advocacy are more than welcome on the Tinnitus Talk forum.